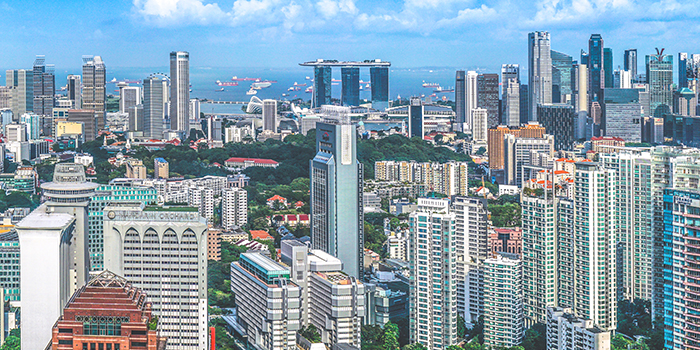 Keypasco´s aim is to make the Internet a safer place and to constantly provide cutting-edge security to clients and customers. By challenging the traditions and making things easier and more human we create the Keypasco products and services.

“Singapore’s granting of the PKI Sign patent is testament to the innovation and uniqueness of Keypasco. Applying Keypasco technology refreshes a decades old standard (PKI) to address modern day concerns on mobile security; and is a big step forward for Singapore towards an internet safe and digitally enabled Smart Nation”
Tseng Wun Hsiung, CEO at Secur Solutions Group, Keypascos partner in Singapore

PKI (Public Key Infrastructure) has many different uses, but it is primarily used for encrypting and / or signing data. With the trend showing that more and more services, such as eBanking, are moving to mobile platforms, there is a need to transfer the security and PKI standard as well.

PKI is widely adopted as a trusted security standard, even enforced by law in many countries. But traditional PKI solutions often requires a secure carrier for the storage of the distributed PKI-credentials (certificate and private key), like an IC card, USB key, SIM card or SD card. With the Keypasco PKI Sign, you don’t need any additional hardware tokens.

The Keypasco PKI technology, invented by Mr Magnus Lundström, Security Architect and Head of Support at Keypasco, has solved the problem in a smart way. In the Keypasco solution only a part of the private keys are stored encrypted in the mobile. The other parts are stored in the server, by doing it this way there is no need for secure element in the mobile to make an extremely secure solution. The mobile app itself is protected by Keypascos patented core technology; the device authentication.

Singapore is the fourth country to grant Keypasco patent for the Central stored PKI Solution. The PKI Sign patent is now approved in USA, Taiwan, Japan and Singapore.

In total Keypasco holds four different patents that are granted in at least one country, including some of the world’s leading IT-nations such as Korea, Japan, China, Taiwan, European Union and the United States.

This site uses Akismet to reduce spam. Learn how your comment data is processed.

We offer a “token” for end users without the administration, logistics and hardware cost by using the devices the end users already own!

Security By Your Own Device!

The secure token is the identified device a user already carry, examples could be a smartphone, tablet, browser or a desktop/laptop computer.

Access is only allowed from locations that are approved, and the approved geographical location can be as large as a country or a continent, or just as small as a city.

We make sure that if a user moves from point A to B that they verify that it is indeed the true user who has moved.

The Keypasco technology offers a strong authentication solution consisting of the Keypasco server (Borgen), one or several clients (Vakten), and a web channel.

Then the verification of the end user´s attempt is done via the multi-factor levels of security. The Keypasco server verifies the device authentication, geographical location, micro proximity devices (optional), and the risk management.

For an example: if device 1 is used to login to an account then device 2 (which is the micro proximity device) has to be within centimetres of device 1 to be logged in.

Our risk management analysis feature provides a risk score for each attempt done by the end user. The risk score and it´s value is determent by indicators such as correct device, proximity of additional secure devices, Out Of Band verifications, geographical locations/geofencing, previous fraud and fraud trends etc.

This analysis is improved continuously and is an active part of the service to quickly mitigate new threats.

The Keypasco PKI Sign feature is a dynamic feature that offers ICPs full support of PKI in a portable mobile device. The feature is based upon the core concepts:

We can guarantee by utilizing the PKI Sign that the signature is done by the correct user. Keypasco has invented (and patented) a new innovative way of using a users mobile device as a secure soft carrier of private keys.

An end users private key is divided into three parts: a client part, a server part, and a secret (PIN). The private keys can only be put together and sign a transaction if the end user has all three parts. The correct user is the only one who knows the secret to achieve the client part, and the server part is only achieved when the correct device and location has identified itself.

The feature does not require a Trusted Platform or a Secure Element, and Keypasco can provide the generating of keys, and verify the signatures if no established PKI CA is provided by the Internet Content Provider through an optional plugin.

Access is only allowed from locations that are approved, and a user need to have his or hers devices within a reasonable distance of each other.

If the devices are too far apart (example: the distance between point A and point B) it will result in a weak macro proximity score.

The Keypasco GeoOTP is a complementary mechanism for offline situations. This feature is suitable when a user is in a situation without network access.

The GeoOTP provides information about where the device is located and which device that is being used.

Keypasco offers Internet Content Providers a way to provide user a option to sign transactions via the Desktop Client. The Vakten for Desktop client presents a window with the transaction details and asks the user to approve or deny.

This signature option is presented on the same Desktop device that initiated the attempt, but all the information is secured by the 2-channel structure.

The Keypasco server Borgen is self-scalable to handle any volume, and we offer a SLA on 99,999% uptime on the Cloud Server.

Borgen store the unique identifiers (made up by the device authentication, geographical location, micro proximity devices (optional), and the Risk management.) in the anticipation that an Internet Content Provider and the Vakten software send in an authentication and/or sign attempt.

When an attempt is received, Borgen match the sets of identifiers sent through the different channels with the saved ones.

The Keypasco Server Borgen is offered to be hosted in both the Clouds and On-premise as a Server License.

The Keypasco product Browser Vakten is an easy and quickly deployable product tailored as an entry level product on it’s own, but comes to it’s full strength in combination with the Keypasco client Smartphone Vakten.

It doesn’t require any installation procedure on client devices; it is instead an integrated part of the web layer of the Internet Content Provider’s web site by an embedded JavaScript.

The Vakten client is installed in the end users browser to identity the device and location. This Vakten has one functionality:

Phishing: Keypasco mitigates phishing by linking the user with a geographical location and the device authentication. A user’s username and password will not work from a wrong device or location.

Malicious Virus Control (Viruses, Trojans, etc): Viruses, Trojans, and other infections can control or replicate an end user’s device. Keypasco mitigates these threats by offering Out of Band authentication, which enables a user to regain control of devices and accounts.

Theft/Robbery: In addition to virtual threats, physical theft of a device can compromise a user’s security.
With Keypasco’s proximity feature, a user’s account is safe even if a device is stolen.